posted by Megan on February 13, 2014 This post may contain affiliate links.

As promised, I am back today to share our Valetine’s cards for this year! Henry attends a parents’ morning out program twice a week. The kids range in age from babies to full on toddlers, so I wanted to make something that was sans candy and safe for all ages in his class. A quick browse through my Cricut cartridges and I came up with these pretty sweet and simple sentiments: 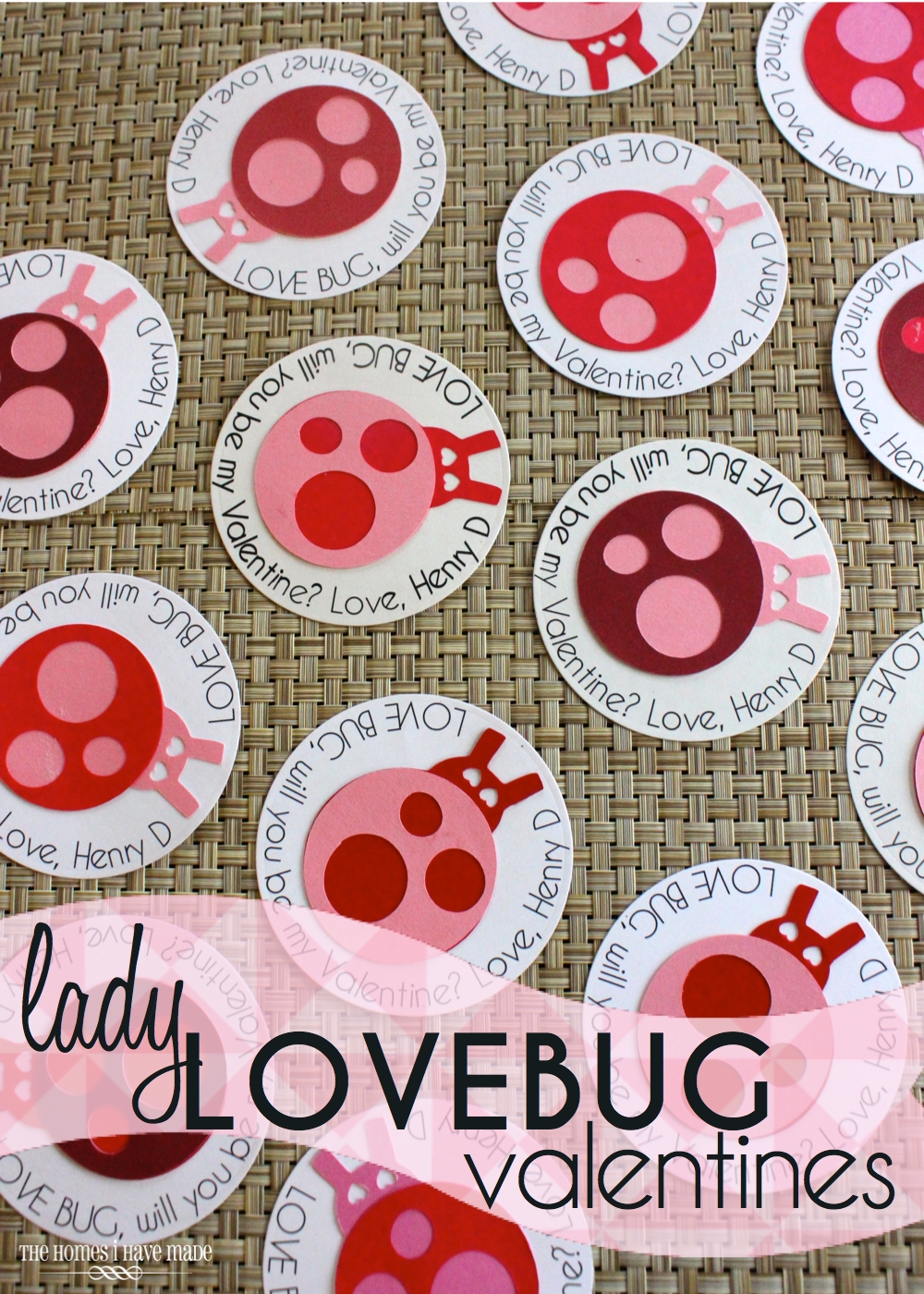 I started cutting the lady bug elements in different shades of pink and red cardstock. For inquiring minds, I used the A Walk In My Garden cartridge, and the bugs are cut at the 3″ setting. 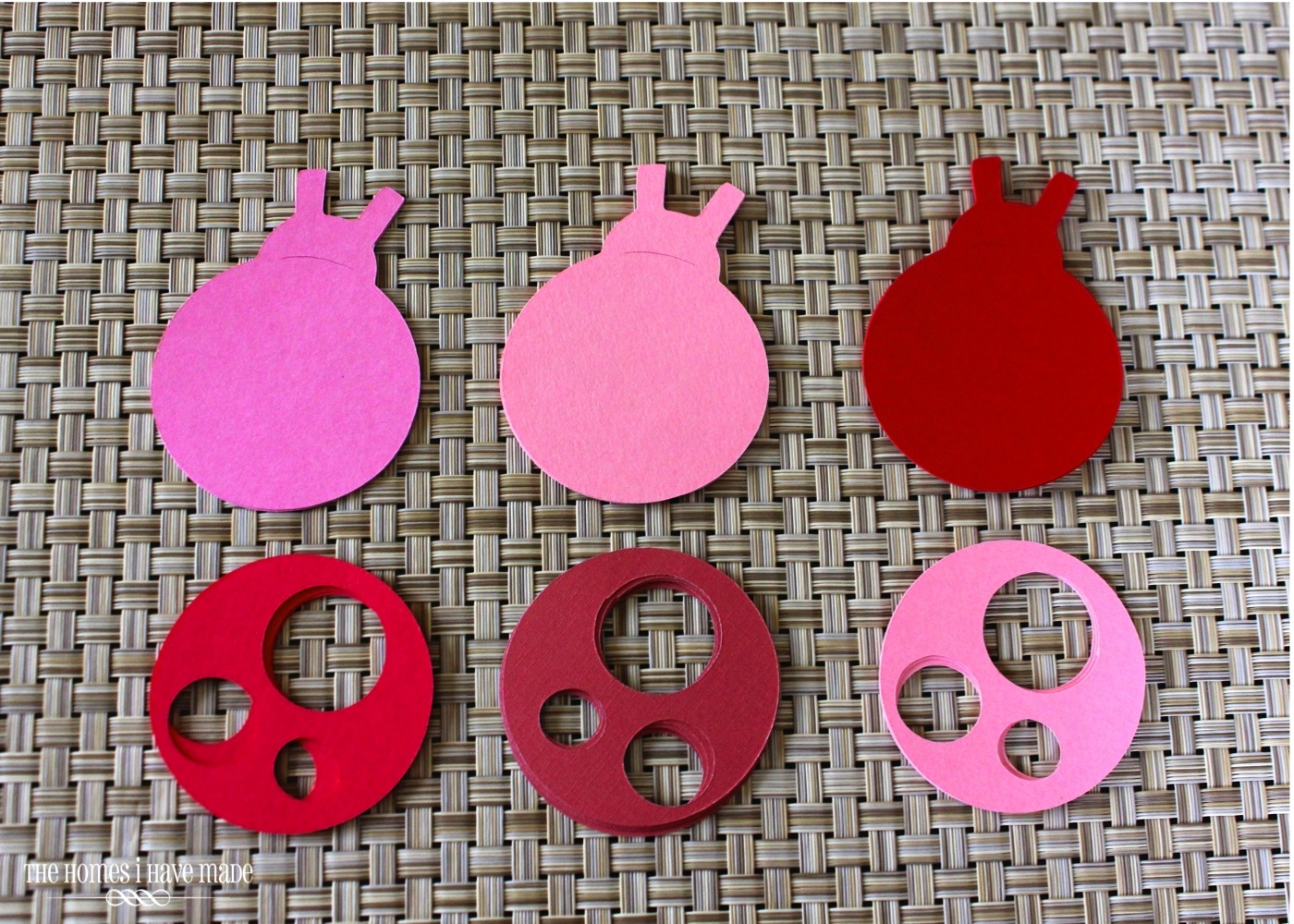 Next, Henry got in on the action! We used a kids-safe glue stick to adhere the top layer of dots to the bugs. 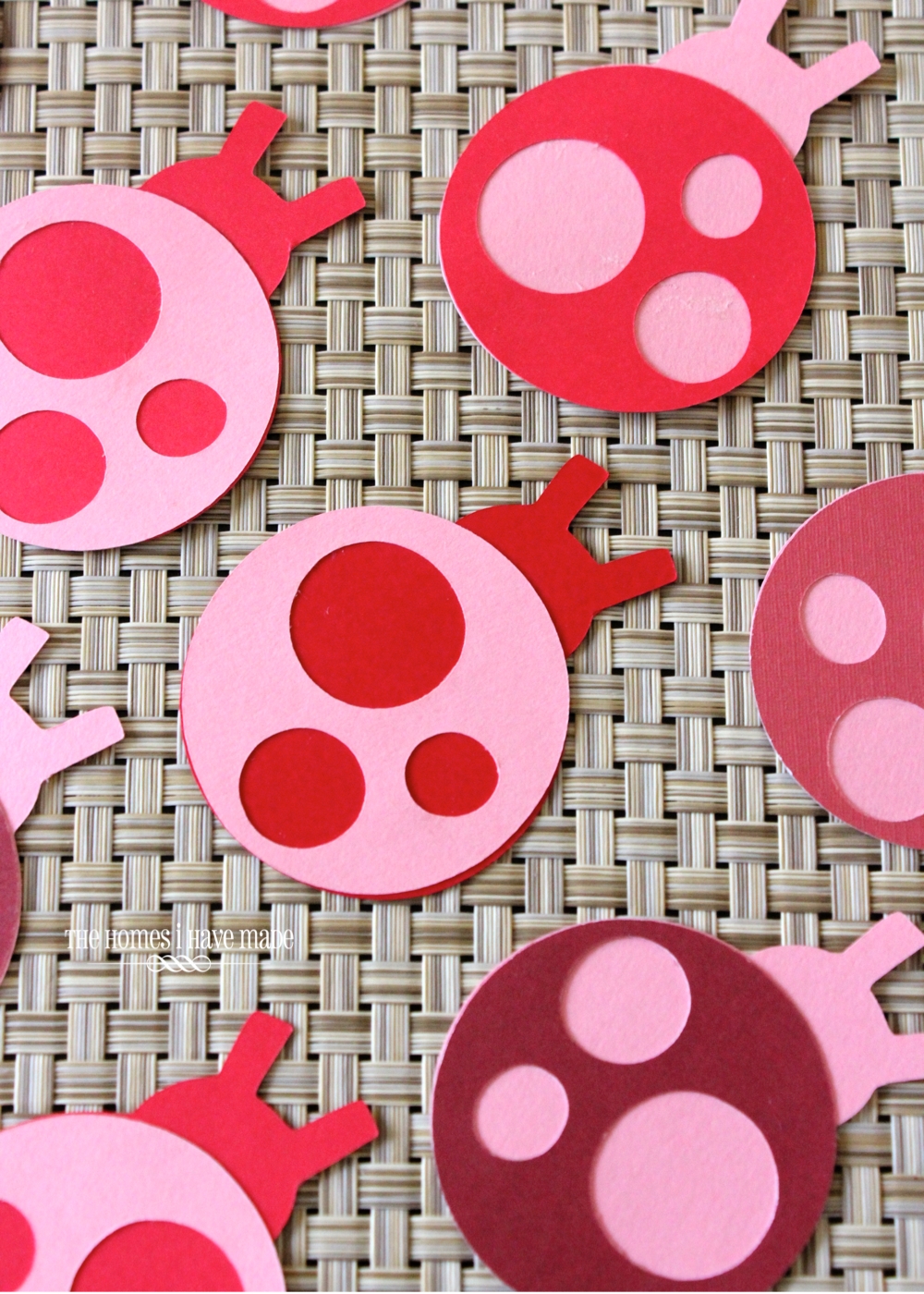 I was going to add googly eyes, but 1) they looked a little strange, and 2) I didn’t think they were good for little ones who still put things in their mouths! A heart-shaped hole punch did just the trick! 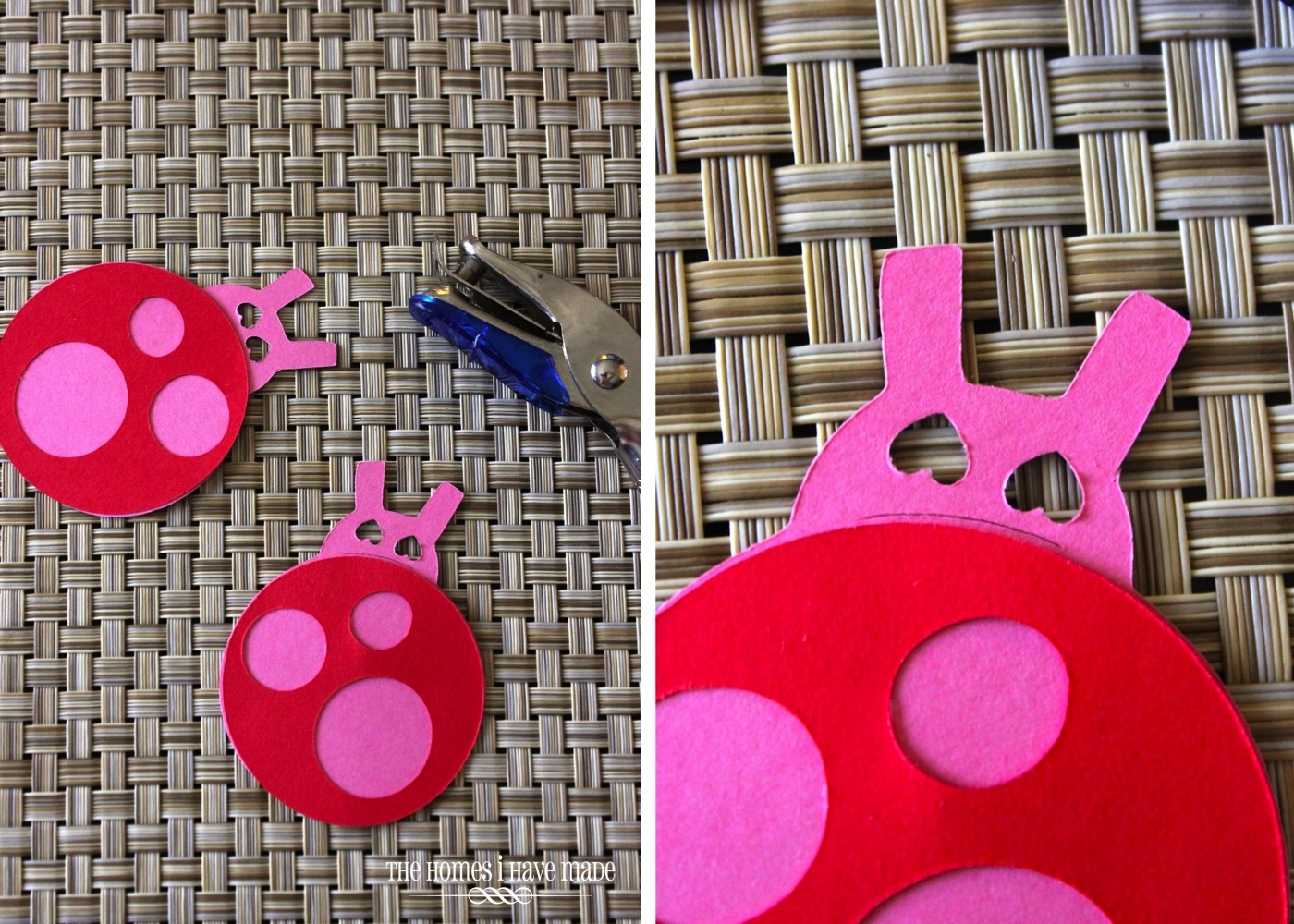 Next, I was going to mount the bugs to little “cards” that I designed on the computer. Instead of just printing them on plain white cardstock, I found some red and white gingam scrapbook paper in my stash. Since the paper had white backing, I could run it through my printer for the words while getting a cute design on the backs! So that it would fit in my printer, I trimmed my 12×12 cardstock down to 8.5×11″. I designed the cute little word design in MDS. 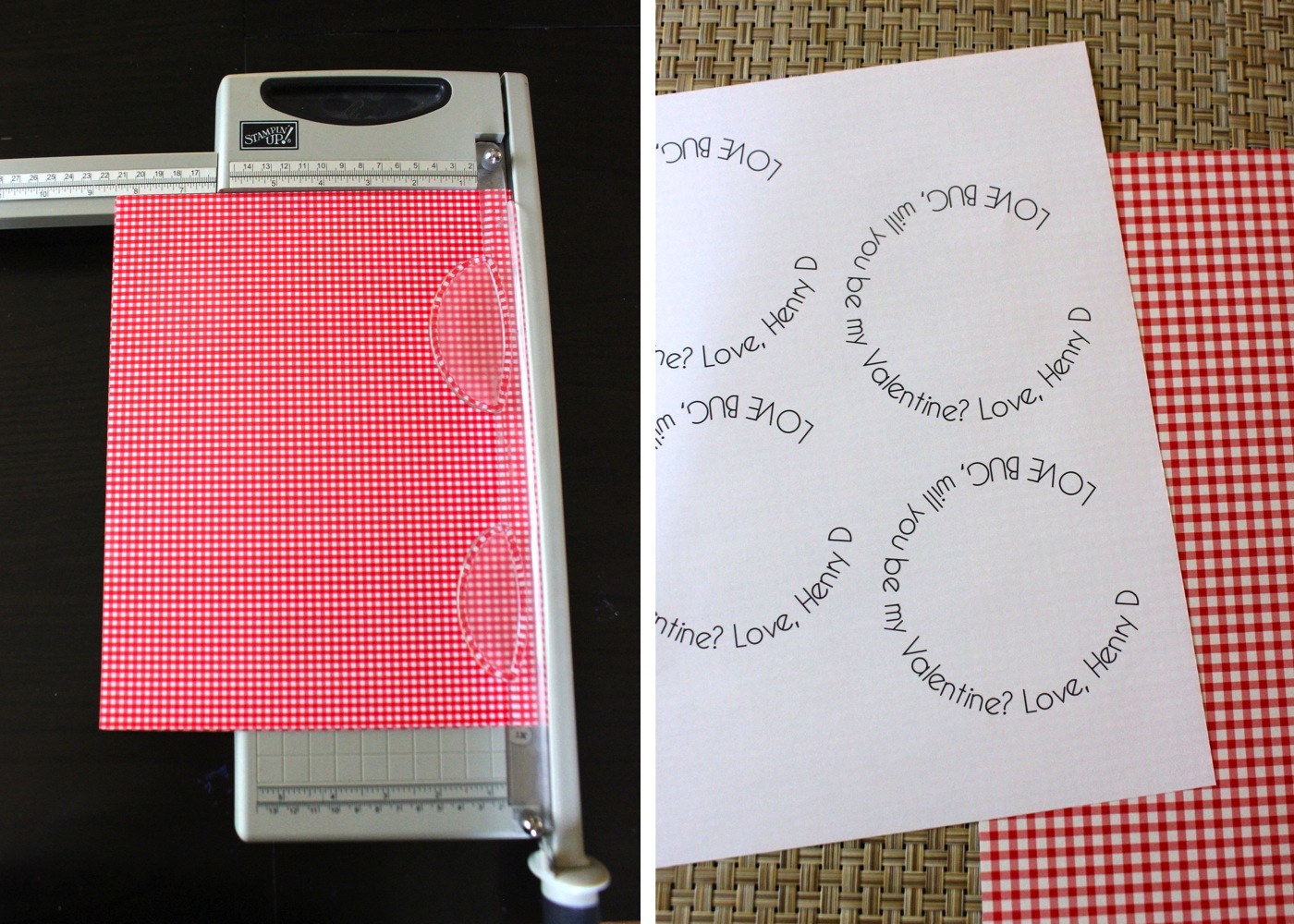 Originally, I was just going to free-hand cut my circles out around the words, but then realized I had a new magnetic platform for my Big Shot that would make this cutting job so much easier! If you use a Big Shot and don’t have the magnetic platform, it’s TOTALLY worth the cost. I am able to center my framelet around my image perfectly and it doesn’t budge! 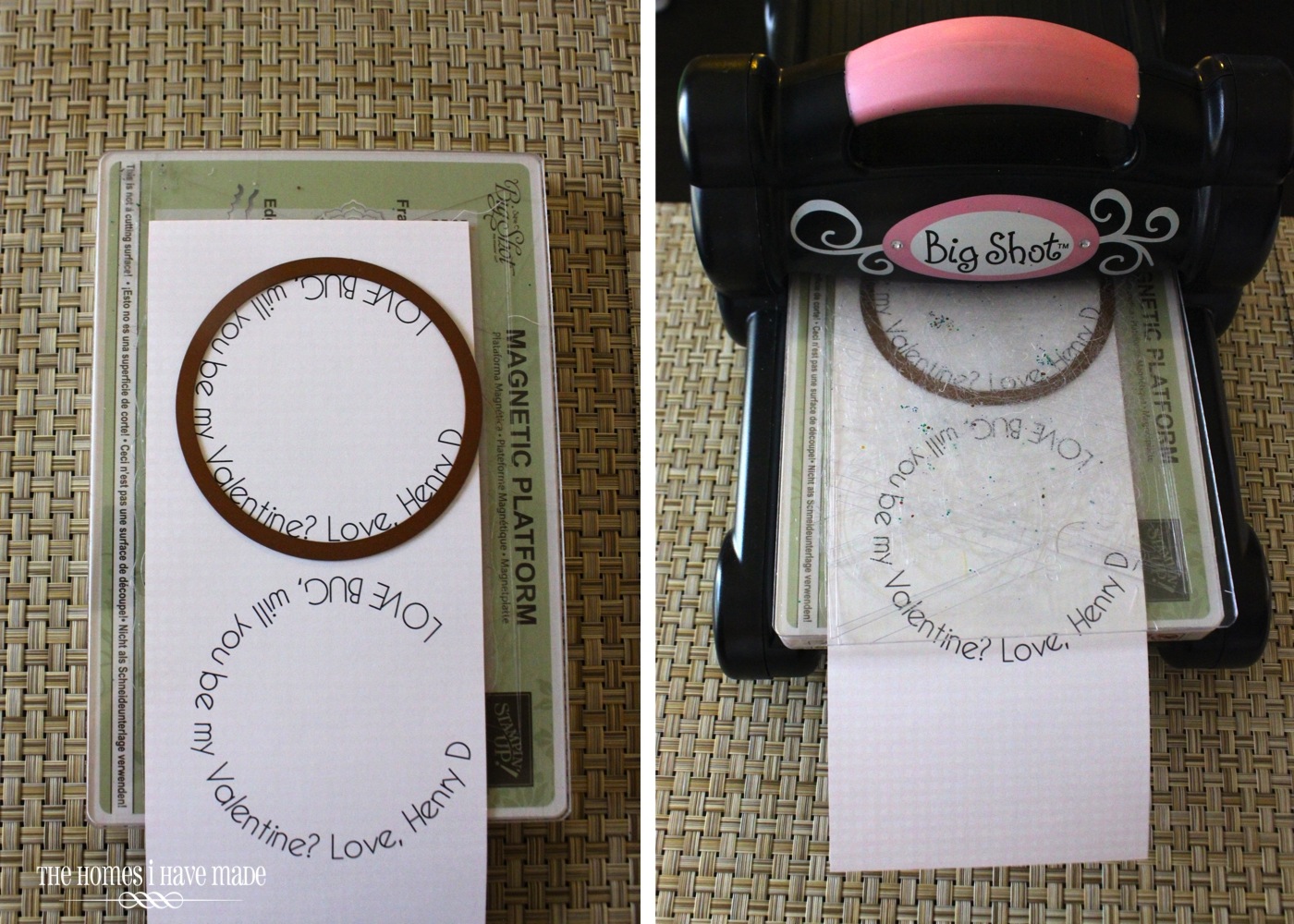 I only had 16 circles to cut, so it wasn’t too bad feeding them through one at a time. If you have a lot to do, this will be the most time-consuming part! I just love that red pattern on the backside! 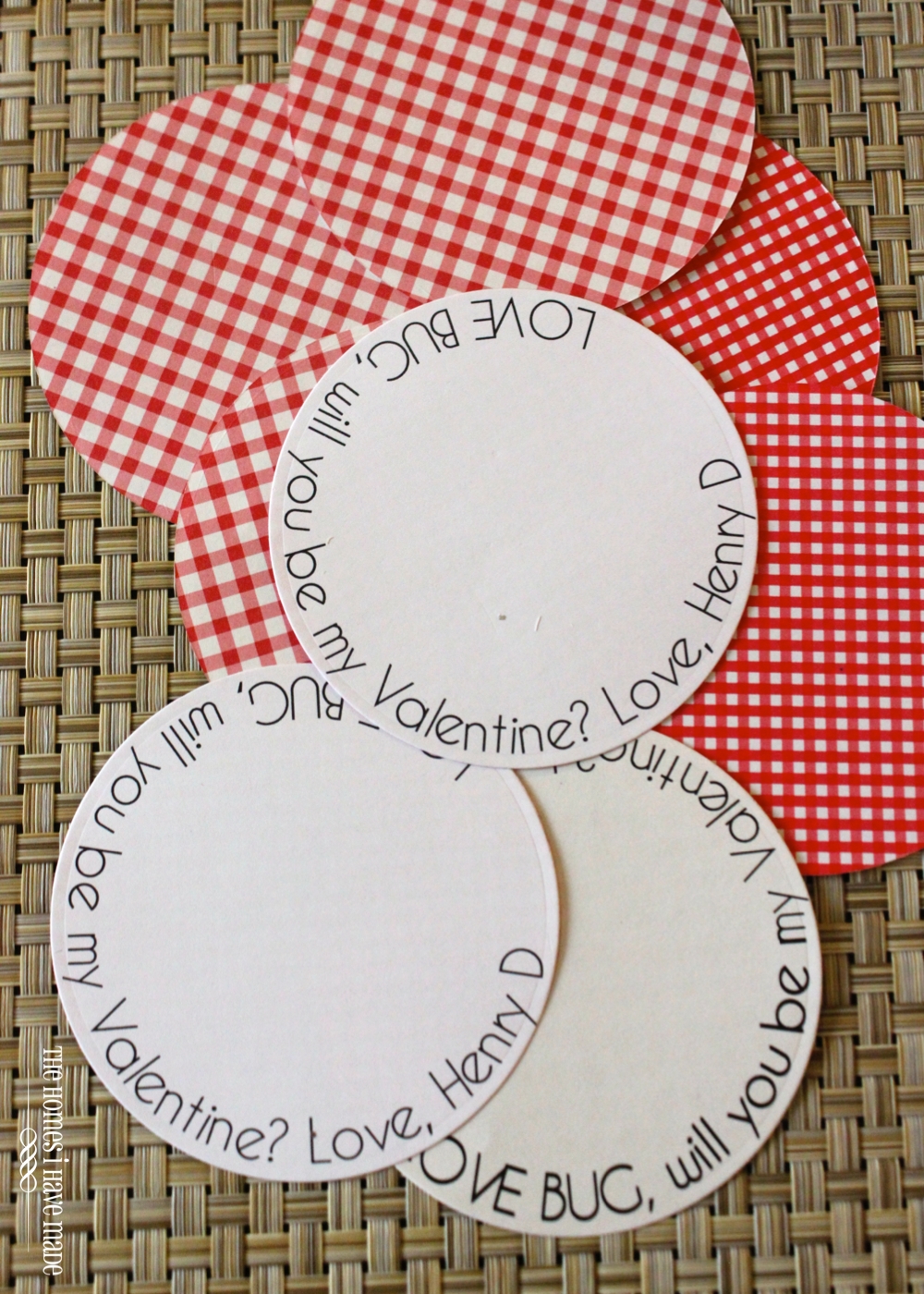 The last step was to adhere the bugs to the cards, letting the antennas fit through the gap in the wording. 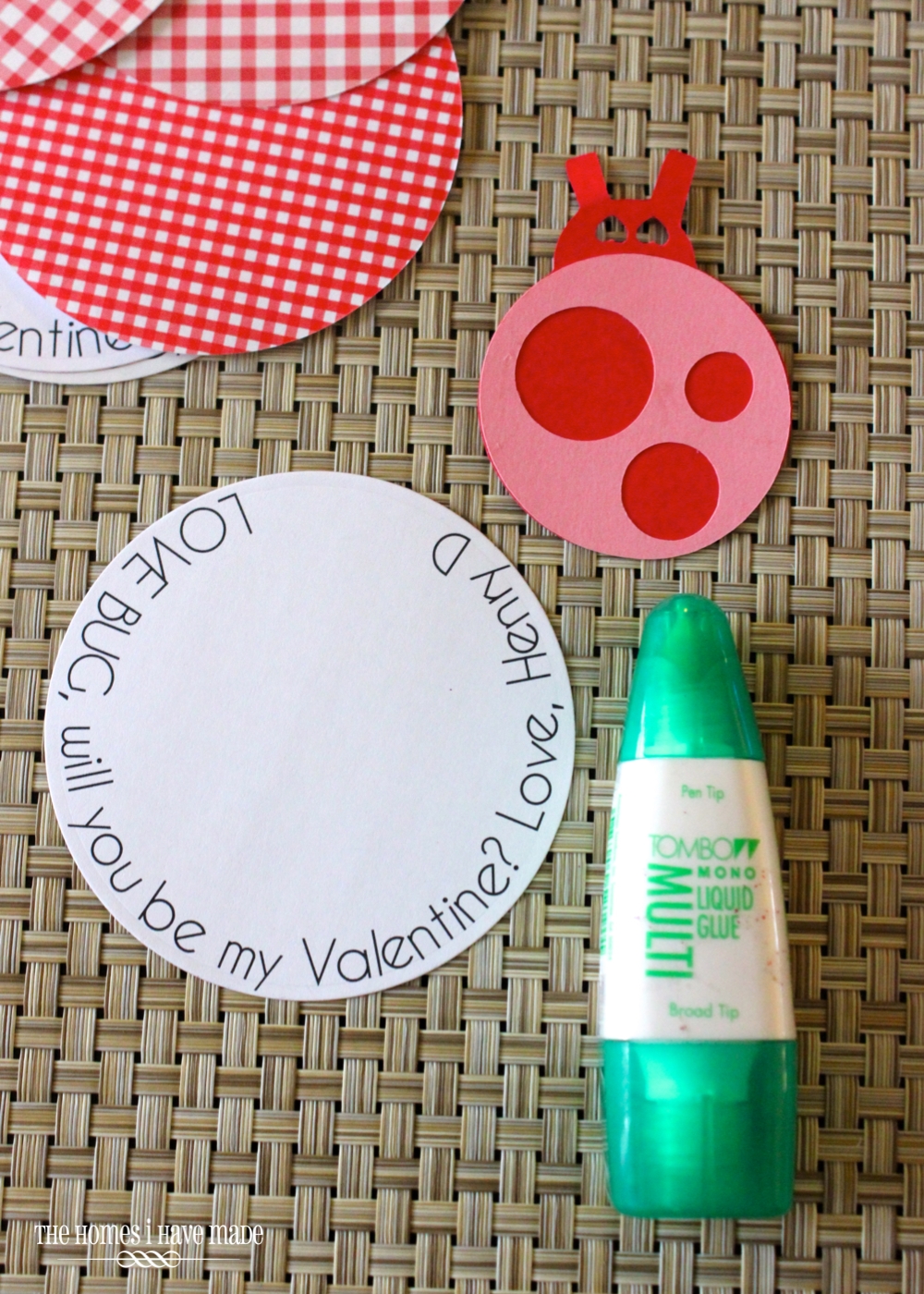 Pretty simple and pretty sweet if I do say so myself 🙂 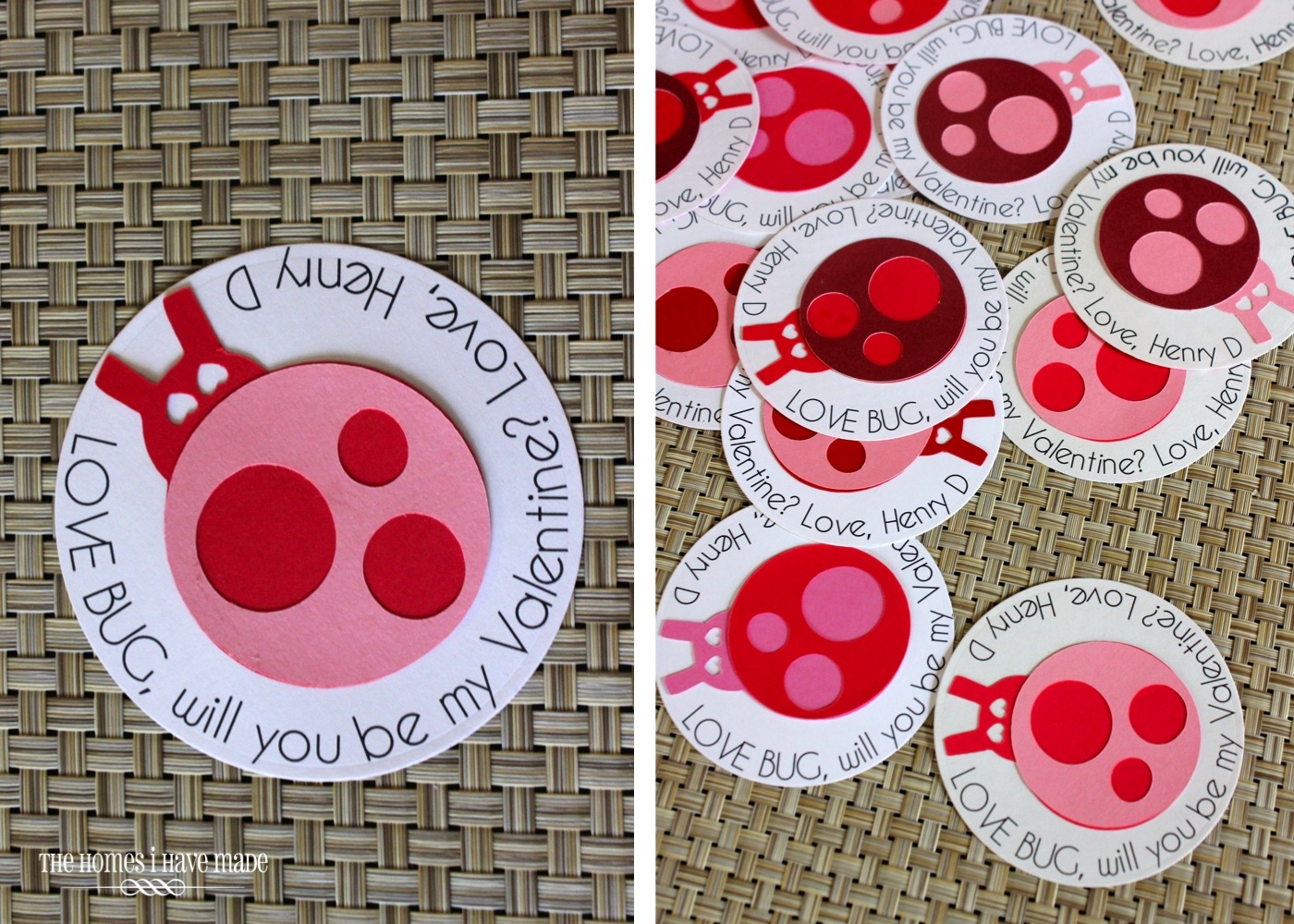 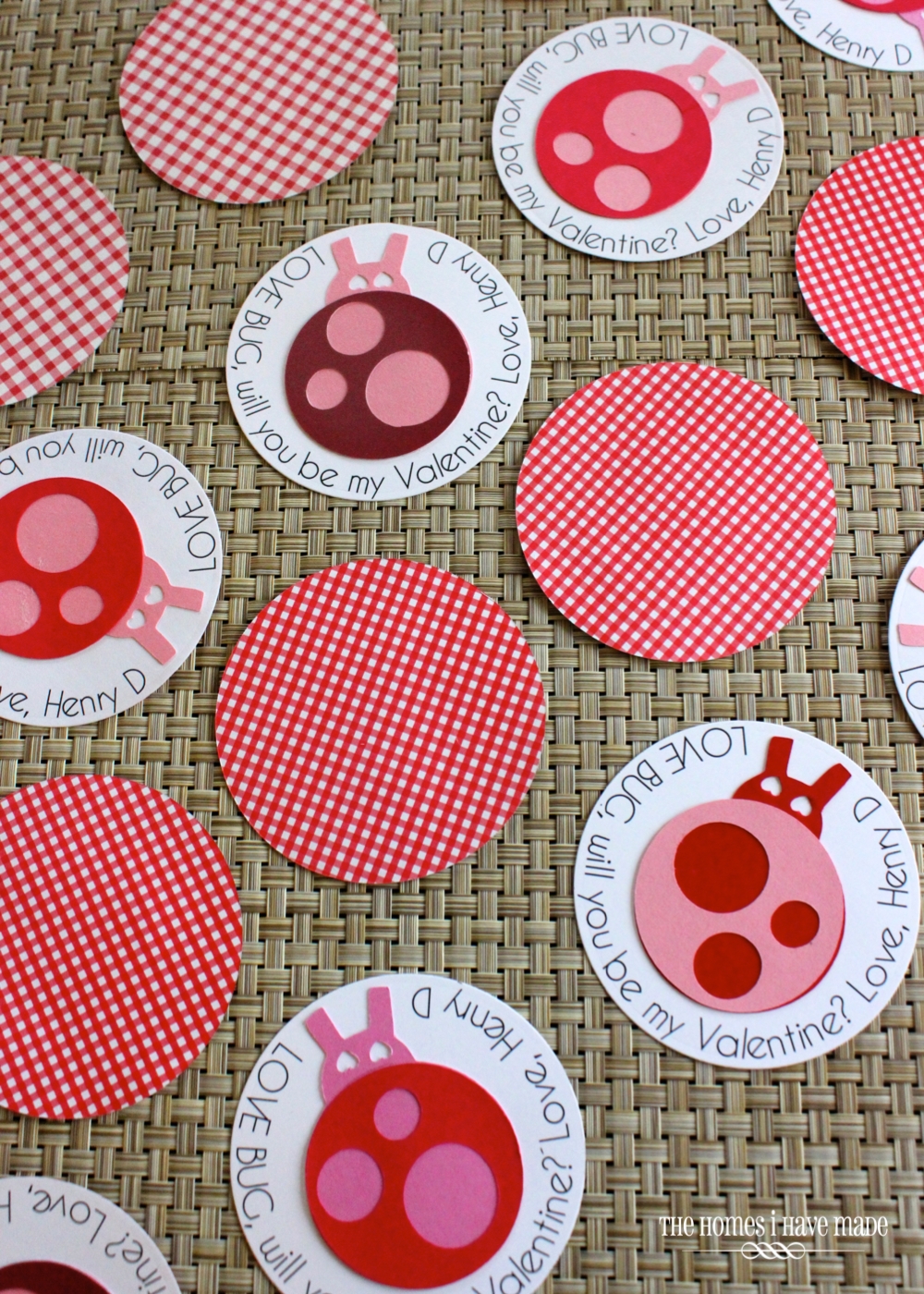 Unfortunately, school was canceled due to snow and ice, so his little Lovebug friends won’t get their Valentines until next week. Oh well – it’s the thought that counts, right? 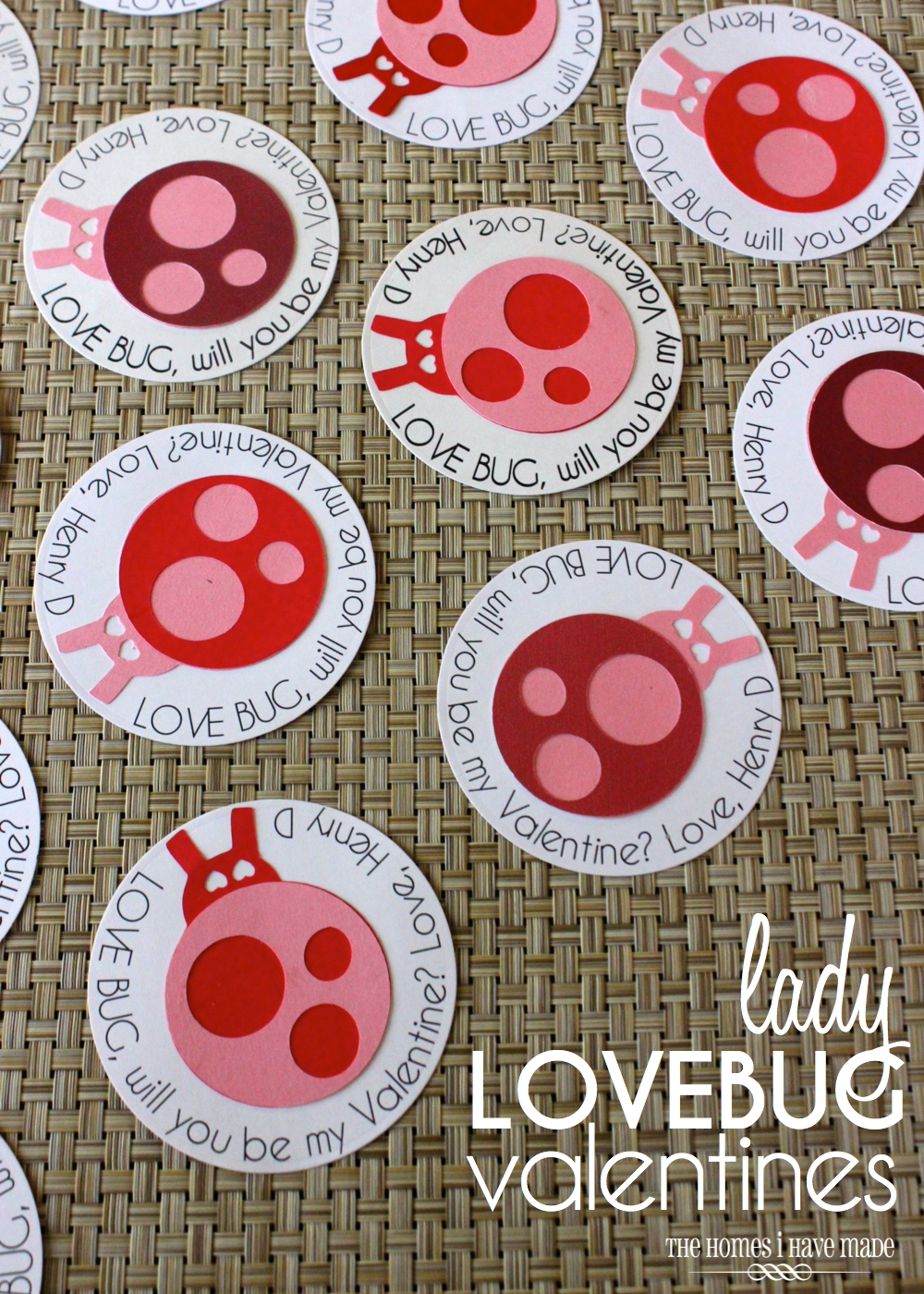 I have a bunch of fun little projects I’m working on this weekend. We’ll see which is finished first to show you next week! See you then,