Home » Life » My “Other” Project for the Last 5 Months

My “Other” Project for the Last 5 Months

posted by Megan on October 25, 2013 This post may contain affiliate links.

Hey Everyone! and Happy Friday!!!! A little different of a post from me today – I have no craft tutorial or house update to share, but instead wanted to tell you about another “project” I’ve been working on for the past five months…

Raise your hand if you thought I was going to tell you I was pregnant 😉 No, no baby news to share here – don’t think I could wait 5 months to share that anyway. But, yes, over the last 20+ weeks, I have been training to run the 38th Marine Corps Marathon, and this Sunday is race day!!!

Alongside painting furniture and making over our house, I have been logging on average 30 miles a week with my friend/neighbor/running partner for the past 5 months. With both of our husbands deployed for most of training, we have pushed strollers for most of our runs and relied heavily on babysitters to help us out at 5am on long-run days.  We’ve had highs and lows – we’ve felt strong and weak – we’ve been in love with running and hated running – all in a cyclic fashion over the last few months. But today, two days before race day, we are both excited, rested, and ready!

This isn’t my first marathon – I ran the San Diego Rock’n’Roll marathon back before I got pregnant with Henry in June of 2010. 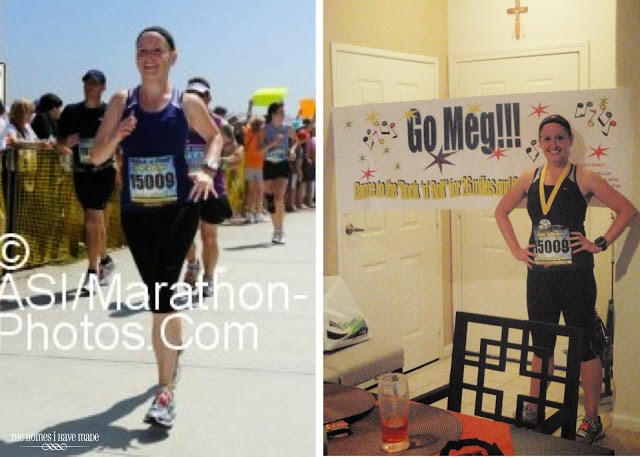 It was a great first marathon; Greg and I ran most of the race together and finished in a pretty respectable time (4:25). But here is the bummer part: I trained for and ran the entire marathon with a pretty significant hip injury. While I thought my hip just hurt from all the training, I discovered AFTER the marathon that I had a labral tear (and a few other issues) in my right hip. And the only way to fix it: surgery. In November of 2011, I had a hip arthroscopy to repair all the issues in my hip. The hip is a pretty complex joint, and my road to recovery (and running again!) was a long one.

About a year ago (one year post-op), I felt strong enough to start running regularly again and began training with my neighbor. You might recall that back in March of this year, I ran my first “real” race post-surgery, a local Half Marathon. 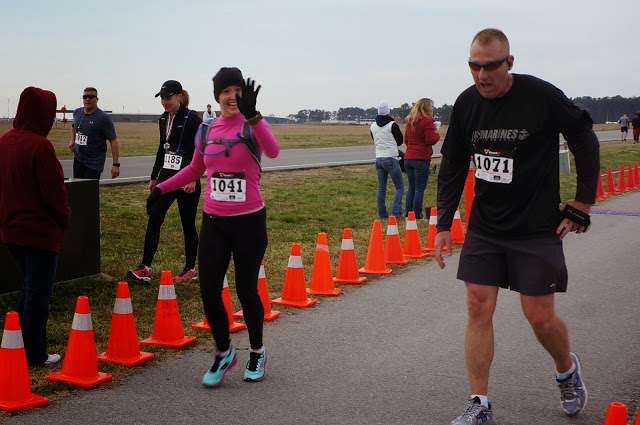 Soon after that run, my hip was feeling strong enough to take on marathon training again. My neighbor and I registered for the one marathon we both wanted to run more than any other: the Marine Corps Marathon!

Aside from being a proud Marine Wife, this marathon has long been on my bucket list and has really been the only marathon I’ve ever wanted to run. You see, I have a pretty long family history with this race. This photo is from 1986… 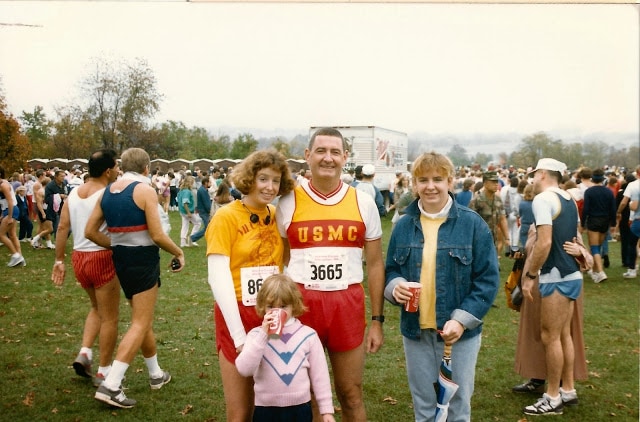 I’m the one in the pink sweater – I am five years old. Those are my Sisters and my Dad. My Sister in the running gear, who went on to become a Marine, ran this marathon three times (two times while she was in high school!) My Dad, who is a retired Marine of 34 years, has run this marathon 11 times, most recently just a few years ago. I have many memories of going down to the mall to watch my Dad, my sister, and thousands and thousands of other runners run across the finish line. I remember the cheering, and the pride, and the monuments, and lots of American flags, and Marines running in formation, and the orange slices…Dad always wanted orange slices on the course! 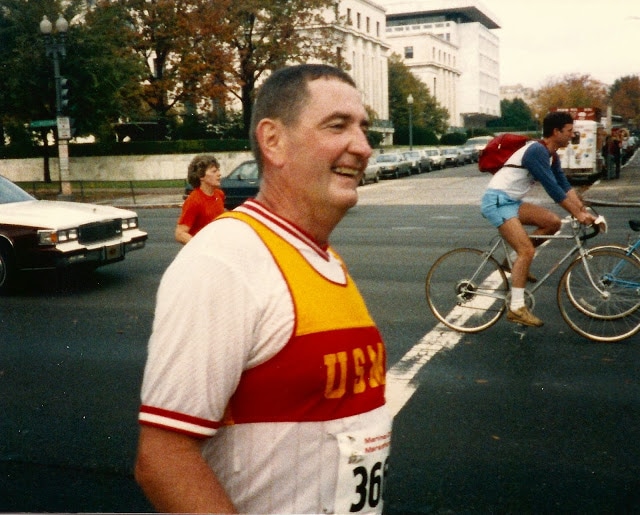 I’ve made two attempts to run this marathon – but neither were really legitimate attempts. The first was back in 2000 – I joined my Dad at Mile 10 and finished the run with him, just because. The following year, I registered for the run but didn’t know the first thing about training or running – I ended up dropping out at Mile 10, simply because I had no idea what I had really gotten myself into. On both attempts, I wasn’t in all that great of a mental state – I was struggling with weight, and college, and well, you get the picture. I vowed that when I attempted this marathon again – I’d be healthy, and it would be for real! Well my friends, this year is my year. I can’t say that I am 100%. My hip still gives me trouble time-to-time, and I have been fighting a pretty bad chest cold for the past 3 weeks. But on Sunday, I will line up to run The People’s Marathon with 30,000 of my closest friends. And I am running it for real this time. I’ve trained strong and hard, I feel ready, and I know I can complete this marathon.

If you’ve ever run or been in the crowd at the Marine Corps Marathon then you know this ones a special one. The crowds, the patriotism, and the camaraderie are like no others I’ve seen. It’s a little hard to get excited about the discomfort I know I will be feeling both during and after the run on Sunday (now having run one marathon, I know how badly the body can hurt, especially in that last hour or so!!). But I’m beyond excited to really and truly be a part of this event and finally complete the race that I have so many memories of…that is part of my family, part of my up-bringing, part of the Marine Corps, and part of who I am. Wish me luck!

4 Comments on “My “Other” Project for the Last 5 Months”