posted by Megan on October 21, 2013 This post may contain affiliate links.

With most of our large makeover projects behind us, I’ve been able to direct my energies toward some smaller projects that have long been on the grand ol’ To Do List. Little updates or makeovers that I’ve long been meaning to do, but was just busy painting furniture, making curtains, and the like. This weekend, I conquered a small organizing project I’ve been meaning to complete for months. With a rainy day and no plans, I was able to stay inside and finally cross this one off my list. 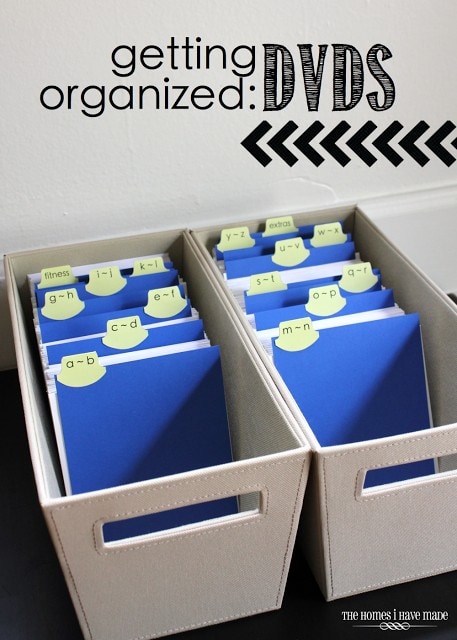 I’ve seen lots of other people and bloggers organize their DVDs and media this way – and I was super antsy to do it myself. About a year ago, I purged all the big DVD boxes that come with movies and loaded them all into simple white envelopes. But then I just threw all the DVDs into a box and never bothered to organize them further. Well…this weekend, I sat down and organized them and made our DVD storage system a little prettier while I was at it! 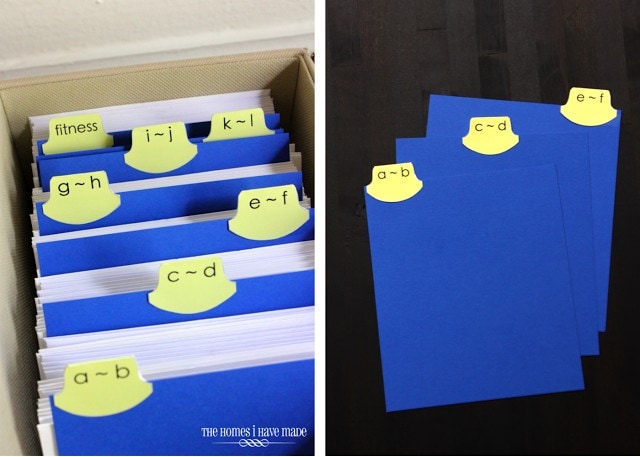 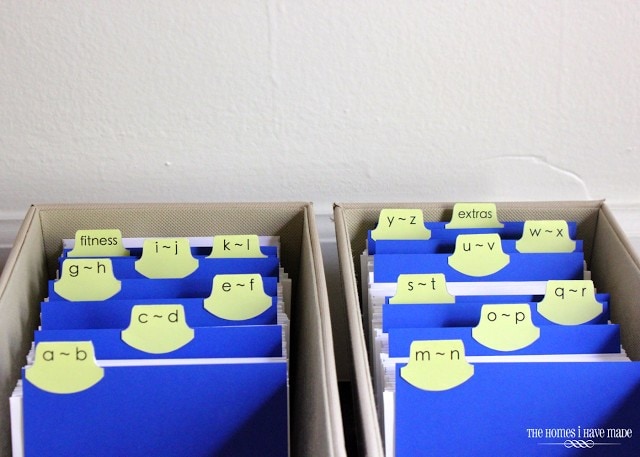 I started  by making these simple tabs in MDS. This image is the Half Circle Tab Punch. I added some simple text to the punches and printed them out on white cardstock. 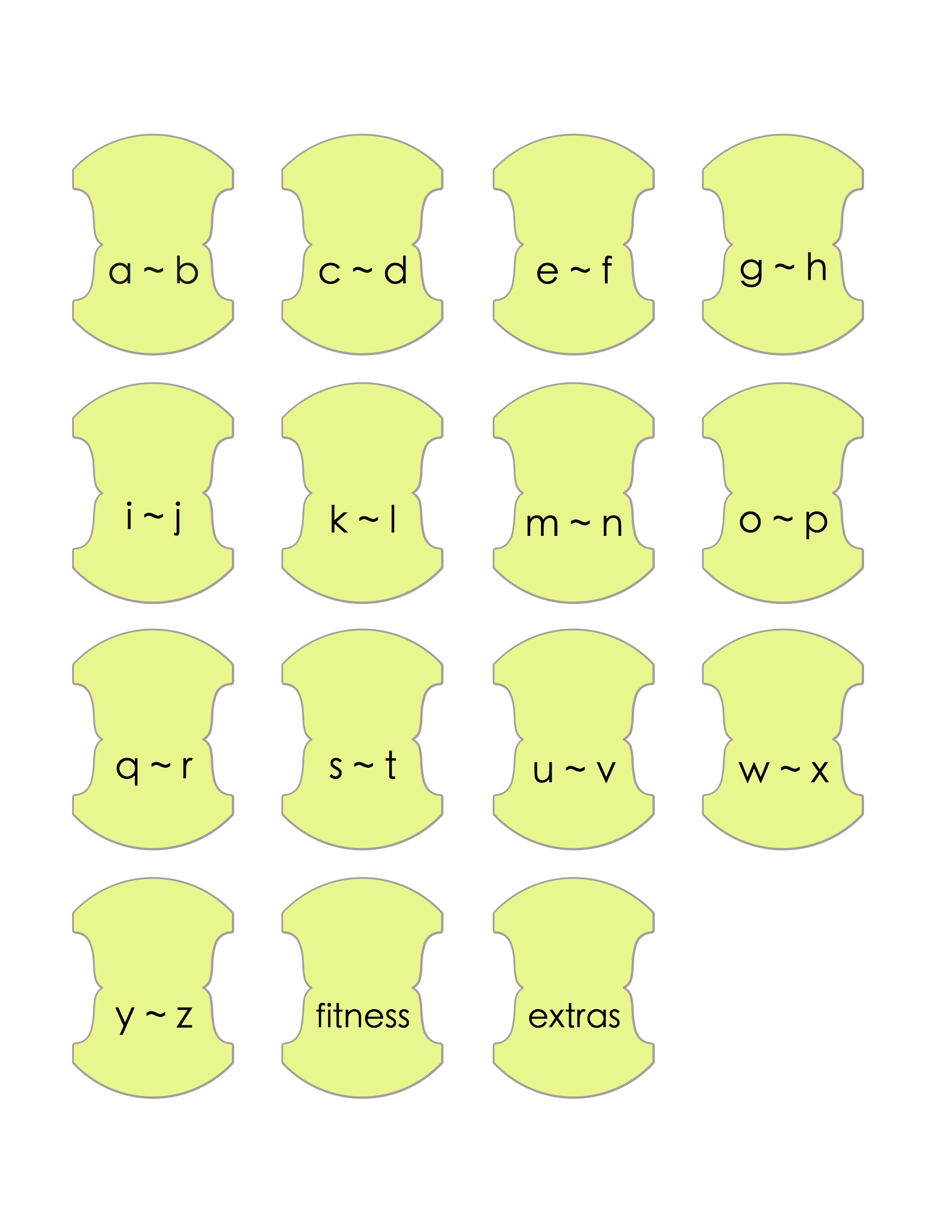 While Stampin’ Up actually makes a punch that would cut out these shapes just perfectly, I didn’t want to buy a new tool just to complete this simple project. Since it was only 15 tabs, I figured I could cut them out by hand! I found that it was easiest to just cut around the outside perimeter, not bothering with the tricky side cut. I then folded the tabs in half and cut out the middle border while folded. I then used roller adhesive to attached the tabs to some blue cardstock (cut to fit my baskets). 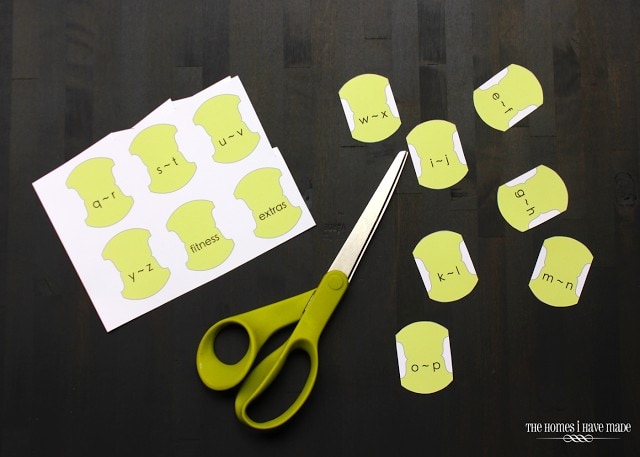 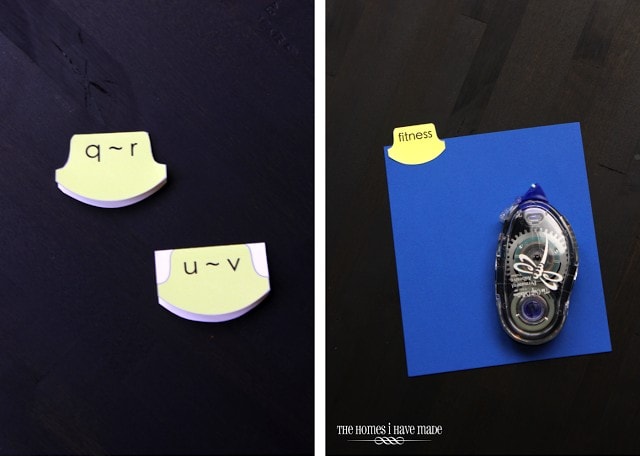 I glued the tabs in three places across the top so that when all stacked together, they were staggered. I thought about laminating these little tabbed dividers, but we actually don’t sift through our movies all that often so I don’t think they need to be uber durable. If I find that they aren’t holding up, I can always run them through the laminating machine down the road. 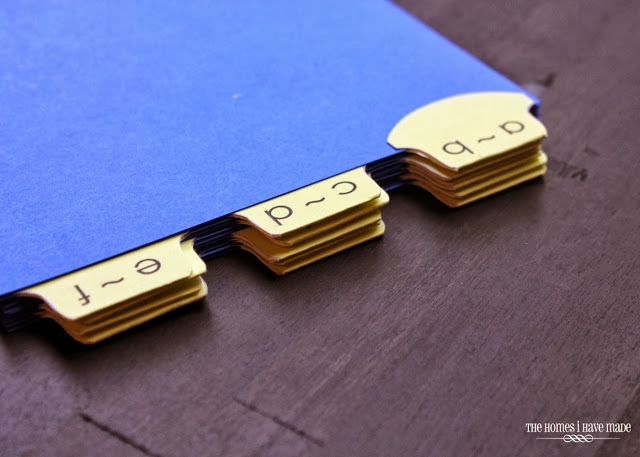 Next, I took out all my DVDs and (finally) alphabetized them! 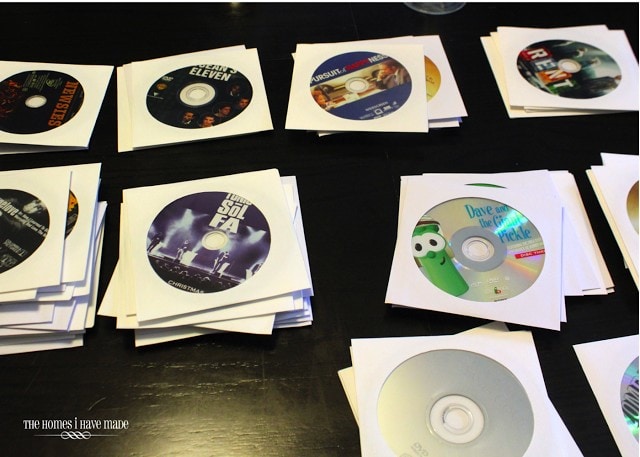 The last step was to load them all into these bins from Target. While they all probably would have fit into one; when I organize something, I always like to make sure we have room to grow. With the two baskets, not only is it a little easier to access the movies, but we will be able to fit new movies without a problem. I also stored extra empty envelopes in the back of the right basket so putting new movies in a new home won’t take any extra effort! Oh – and I made “Fitness” its own category since I don’t usually associate my workout videos with their title but rather by the person/company – having them in their own section just made more sense to me. After I was all done, I realized I should have made a Christmas movie category too…oh well! Now I have another little project for another rainy day! 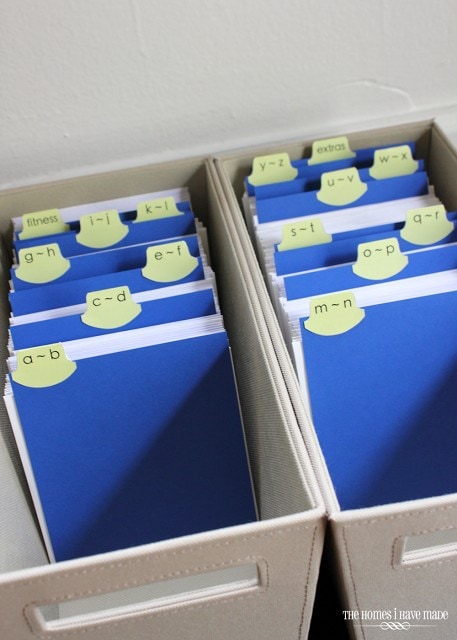 These two baskets were slipped back into their original home – inside the media cabinet. As you can see below, this DVD project is part of an on-going/bigger makeover happening inside this hutch – all of which I will show you over the coming week or so! 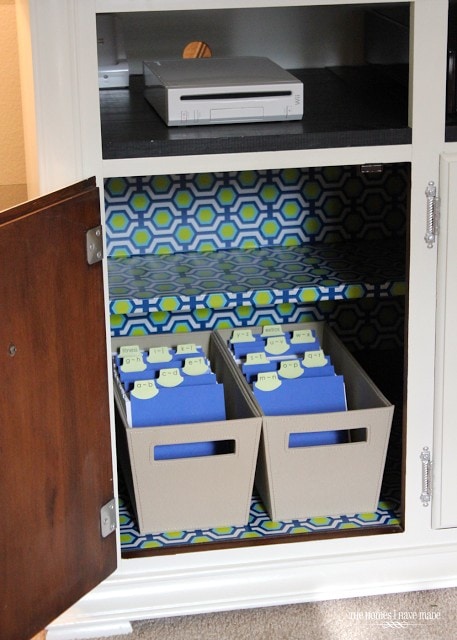 While these two baskets hold most of our DVD collection, I chose to keep our DVD sets (like television series) all together in their original boxes. I’ll show you how I organized those here soon! Hope you all have a great Monday!

4 Comments on “Getting Organized: DVDs”